One thing is for sure and that is that Australian’s love their sport. Australians have a remarkable affection for their sports of all kinds. There is one sport in particular that is currently growing faster than any other, and its 100% Aussie born and bred. And no its not AFL….

What exactly is Campdrafting you might ask? Although the stock horse sport bears similarity to American western riding sports such as Cutting and Reining, Campdrafting originated in Australian 130 odd years ago. In a recent interview with the ABC, 85-year-old Campdrafter John Stanton says he recalls the story of one of the first official Campdrafting competitions.

"One of the original competitions was one station owner thought he had a better stockman than another so they put some money up and the contest was to cut 20 head of cattle out of one yard and take them 300 or 400 yards individually and put them in another yard," he says. “Who did it the quickest was the winner and that's what I understand is one of the earliest competitions in Campdrafting."

In a Campdraft, a rider and horse must choose a single cow from the herd in a small arena called ‘the camp’. The goal is to ‘cut out’ the beast from its peers, taking it to the front of the camp on its own where horse and rider make several attempts to block and turn the beast who tries desperately to re-join the safety of the herd. Exhibiting the most control of the beast gets the most points. The rider then calls for the gate to open and then drives the cow out into a larger arena. The horse and rider must now guide the cow around 2 pegs, following a figure of 8 pattern before finishing with a successful ‘gate’ where the cow, horse and rider must ride back towards the camp through 2 pegs. This outside part of the course is about control, accuracy, reading the cow and speed, and must be completed in less than 40 seconds. If its not completed in time, the judges announce the disqualification with the crack of the stock whip. The sound of the whip can also occur when a rider drops their cow back to the herd twice, or loses control of the beast and they run off course.

The Australian Campdrafting Association was formed around 40 years ago and since then has seen the sport grow to more than eight thousand members with events help nationwide. The associations founding president Ashley McKay says “Our problem is not encouraging people, our problem is now is actually dealing with the numbers that we have. We've actually grown. We started out in 1972 with something like 45 people and 150 dollars in the bank, today we actually have to put limits on the number of horses and people that can start at a Campdraft on a weekend. People can't get into the competition.” Why so popular? I interviewed Sophie Stallmann, a young horse rider from Queensland what was the appeal for the younger generation, who are joining the sport in droves. As a fourth-generation competitor, Campdrafting is in Sophie’s blood. “My Great-grandfather Stan Stallmann was a competitive campdrafter in his time. Following in his footsteps was my granddad Ashley, then my dad Andrew, who is a current Campdraft Association Vice President, and finally myself. I was on horses with my dad before I could walk. As soon as I was walking, I was on my naughty little pony, Rusty. Then my first horse, Rabbit who I rode from 3”. Sophie was competing in Junior Campdrafts as soon as she could. “My first actual Junior draft I was so nervous I almost didn’t do it! I competed on Rabbit and we ended up coming 2nd and had the highest camp score.” Sophie now has three horses she trains for competing.

Family is a big part of Campdrafting, at events its not unusual to see several members of the same family competing, and travelling around the country to the different events is very much a family affair. “Dad spends lots of time riding and working with horses so I grew up asking many questions and learning absolutely everything about horses and the sport that I could. One of my biggest highlights as a little kid was our annual trip up north from home in South East Queensland all the way up to the north Campdraft circuit. Charters towers, paradise lagoons, Cloncurry and others”. Sophie says. .Sophie's Father Andrew Stallmann is one of the Australian Campdraft Association's Vice Presidents

I asked Sophie how she chooses her horse. “Competitive campdraft horses, are bred specifically for this competition. These horses are selected based on their good genetics, athleticism, speed, and something we call ‘cowy’ which means the horse has good cow sense and reads the cow well. When you first select a horse, you begin with simple training from when they are first taught to carry a rider, with easy exercises to see how ‘cowy’ your horse is.”

So, the last burning question is, how do you pick your cow? Well it turns out it’s a mix of experience and good old-fashioned luck. “It's a fine act, one that's too wild you can't control, you won't get much of a score, one that's too dead won't run and you won't get much of a score out of that either. Some of the most experienced drafters in this country still go in there and pick dud beasts," laughs Mr McKay.

Sophie takes part in Challenging, which is an Australian horse sport event where riders undergo two tests, a Campdraft and another western style sport called Reining. Reining comes from the American west but is also hugely popular in Australia. Reining is also a sport where horse and rider have to have a huge amount of trust in each other as they perform many tricky manoeuvres for the judges. Alexandra Lynch at a Reining Competition

Another young rider from New South Wales, Alexandra Lynch, is extremely passionate about Reining. In Reining, the horse almost becomes and extension of the rider. The horse must be willingly guided through a precise pattern of manoeuvres such as large fast circles, small slow circles, spinning, rollbacks and then the pattern grandly accumulates in a sliding stop. The trick is for the high points your horse needs to appear to be unguided by the rider, so much like Campdrafting, it’s a sport where rider and animal have to be perfectly in sync.

Alex says to be successful the horse needs to enjoy the sport as much as the rider. “A Reining horse must have to want to put in the work and do the big sliding stop. They can have all the training but if they don’t want to run down and stop big in the pen, then your scores are going to reflect that. You have to be able to know that you can run your horse flat out down the pen, say WOAH and that horse should park it’s bum on the ground. I struck gold with my current horse. She is just a delight to own and ride. She puts 110% into every training session and just wants to please.” Alex and her Reining Horse

Reining has its own separate events that Alex competes in, and like Campdrafting and Challenging, the events are held all over Australia. Both girls train hard in the lead up to events. “Failing to prepare is preparing to fail” says Alex. “I love the competition and the drive improve! You would think it’s easy to just go out and run a few circles and stop… then BAM! You bring home a buckle...... but it is so hard. When it all comes together on the day it’s the best feeling to hear your name called out of a huge line up of excellent riders”. 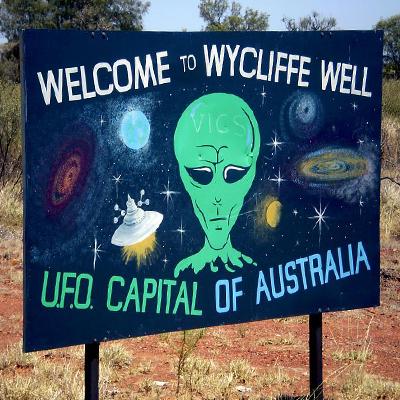