Hats are an essential item for life in Australia, and it’s not hard to see why. The hot, dry climate here means every Australian has a trusted hat to combat the beating sun on a daily basis. There is one name that is synonymous with hats in Australia, who has been making imperial quality hats for Aussies for over a hundred years. A brand that knows Australian heads better than any other hatter and is also the number one hat brand we sell, and that brand is Akubra.

Akubra hats have been part of the fashion landscape here in Australia for a very long time, and most families will have an Akubra or two with a story to tell. Their ability to last for decades means they are often passed down as heirlooms, or simply worn until they fall apart, stained with red earth and sweat.

Made in the country town of Kempsey in New South Wales in the traditional style from rabbit fur felt, the Akubra is a silhouette that has become instantly recognisable as authentically Australian. The Aussie country hat is still as popular as ever, the number one style being the Cattleman, with its wide brim dipping at the front and back and its boxy teardrop creased crown.

Apart from the Cattleman, Akubra has many other iconic and instantly recognisable styles. Some have been made famous from blockbuster movies. The hit movie, “The Man From Snowy River” made the hat of the same name an instant favorite with Australians, and it has maintained its status as one of our best-selling styles for the last twenty years. Another movie classic, “Crocodile Dundee” created another instantly recognisable hat, “The Croc” with its wide crocodile skin band embellished with six large teeth.

In recent years, with the growing popularity of cowboy culture in rural Australia, Akubra’s range has extended to include many traditional and modern western styles. The most popular of these is the Rough Rider, which comes in a wide range of colours, including Electric Blue and Magenta, although most prefer to wear it in Black, Loden and Sand.

To complete the range of hats for all wearers, Akubra produces a range of fedora and urban styles. The Stylemaster is a popular time-honored fedora style finished with a traditional ribbon and comes in a range of colours. Another legendary style is the Campdraft, which comes with an open crown ready to be shaped in whatever style you choose, which makes it a popular choice with collectors and men’s fashion enthusiasts.

Although Akubra is unquestionably the most popular hat we sell, it’s not the only brand we have on offer. We have recently added popular Gold Coast manufactured Jacaru leather hats to our range. These hard wearing, foldable hats are made from several types of leather, including Kangaroo, one of the strongest yet softest leathers in the world. We also stock the Summer Breeze and Shady Lady hats, which combine attractive brushed suede with cooling mesh, making them the ideal choice on hot summer days.

For summer we also stock a range of fashion caps from R.M. Williams and popular Ringers Western trucker caps. These come in several fashion colours for both men and women. To complete our range of summer hats we stock the range of hemp and straw hats by Akubra. The most popular of these is the Balmoral, a Panama style hemp fedora finished with an attractive leather band. Another traditional summer hat is the Byron, with its round crown and decorative weave, the Byron is a boater style hat popular with women. 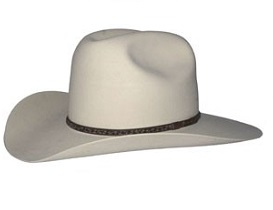 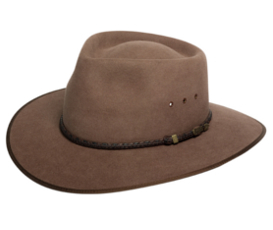 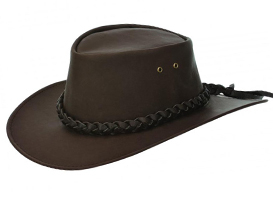 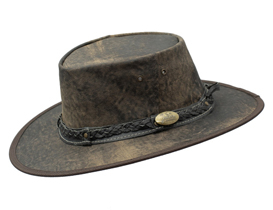