G'day! Are Blunnies still Aussie? This is a question we get asked a lot here at Everything Australian HQ. There's no quick answer though. Let me explain.

A bit of history.

Blundstone started as a family affair, when two battlers from across the pond landed here in 1855, and decided to make a go of it in this great sunburnt land of ours. John and Eliza Blundstone hailed from Derbyshire, UK, and found themselves in Hobart, on the apple isle of Tasmania.

There were actually two boot companies called Blundstone at one point - J. Blundstone and Son which was a manufacturing joint, and W.H. Blundstone and Co, which was the importation arm. They were run by the two sons of John and Eliza; Sylvanus made the boots, and William imported them.

They both took off like a house on fire, and they shod a lotta feet in the early years, but by the turn of the century, things weren't looking too hot for either of the boys' companies. Sylvanus ended up selling his shoe-making operation to the Canes, a family of ironmongers, and William had to go bankrupt.

The Canes did okay til the Great Depression hit, and then they offloaded it to the Cuthbertsons, two shoemaking brothers whose Dad had made it to Hobart in the most roundabout of ways -- he was headed to Melbourne when he got blown off course!

These brothers had been running their own outfit for a while, so they brought in everything under the Blundstone name, and essentially, that's what we have today. A family owned company out of Tassie, with some lovely purpose-built digs in Moonah.

Where some people reckon it went a bit pear-shaped.

However, and this is the big to-do, in 2007, the family in all their wisdom decided to send most of its actual manufacturing overseas. All the management and admin stayed here, but a lot of their boots are now made overseas. This caused quite a stink, and the unions were none too happy about it.

And quite right, I say. That was some good Aussie jobs going overseas. In a little place like Tassie, 360 jobs gone makes a big difference.

And to be sure, I'm a bit of a snob about these things -- at the time, I just didn't reckon they could make them as well as we made 'em.

But, I'm not too proud to admit, I mighta got that part wrong. After a wobbly start, they are now just as tough as ever and well made. Take a gander at this! This poor bloke woulda lost his foot if it wasn't for his Blunnies. That's the kind of quality that'll save you in a tight spot. And you know what? In their defence, they've been very careful about how they've gone about this too. I have noticed, they've been sure to spread our good Aussie fair-go values wherever they go. They don't just get any old cheap sweatshop to make the boots -- they hold the factories to a very high standard, and not just for the boots! They won't tolerate dodgy work conditions or unsafe practices. Even if the factory meets all their home country's obligations, Blunnies won't give them the business unless they step their operations up to what we would consider a decent standard with fair pay. They're also good on the environment, using recycled stuff in their packaging, and keeping an eye on where their materials come from.

In fact, I reckon you'd be hard-pressed to find a company that has better Aussie values than Blundstone. At home in Moonah, they even give their employees paid domestic violence leave, which to this old cocky, is true-blue dinky-di look-after-yer-own Aussie values in action. That's the kind of old-fashioned fair-go attitude that always makes me proud to be Australian. I like how in Australia we look after our own, and Blundstone is leading the way in that here. Domestic violence is an awful problem, but it's the shame of it that is the real killer. It's the shame that drives it underground and makes it harder for people to find their way out. So, just by doing that, by Blundstone making it a normal thing to ask for leave for, takes a lot of that stigma away. And I reckon that's a bit of alright.

Anyway, as I said, it's all a bit complicated. Are they Aussie? Well, they don't make all of their boots here,  but they still make around 300,000 pairs of Gumboots in Tassie per year and are still very much based in Australia. They are still very much Australian at heart, spreading good Aussie values around the world.

That's all for me this week. Hooroo! 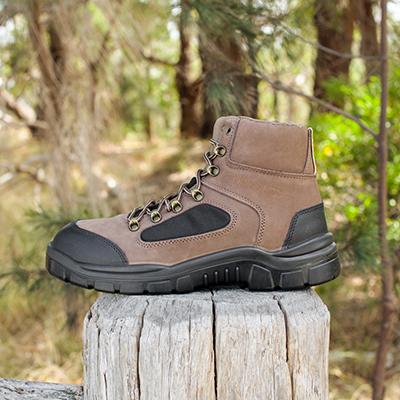 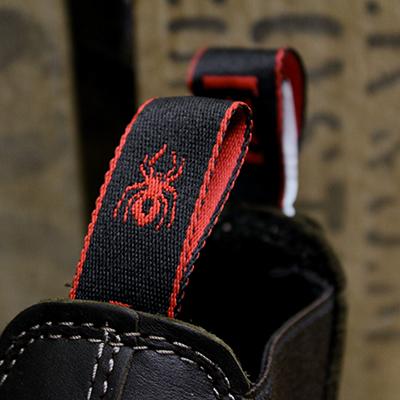